How does it feel to be the first engineer of your village, and then the first entrepreneur too! Not everyone can have this uncommon experience, but can surely know about it.

Let us know about Mayank Pratap Singh, Founder of an eminent IT solution providing company, EngineerBabu based in Indore.

Mayank comes from a village – Palera of Madhya Pradesh, a few kilometers from Indore. Son of a government school teacher, Mr. Kaptaan Singh, and a homemaker Mrs. Sudha Singh, he has a younger sister settled in Mumbai.

His initial schooling was in Palera itself, followed by Navgaon. He is a graduate of IPS Academy (Indore) in Engineering.

The name of his venture holds a very gripping story behind it.As told, he was the first person of his village to pursue engineering, his folks and other villagers started calling him ‘Engineer Babu’, and when he was to give a name to his venture nothing else seemed more appropriate than EngineerBabu.

Innovation is the difference between a leader and a follower.

The fascinating idea of EngineerBabu came to his mind when he was working in Bangalore. In his usual interactions with friends and colleagues, he realized that many people aren’t content with their jobs and lives. Moreover, he did not like the fact that people are considered ‘resources’ in many firms. He had a dream of creating an IT company which would help and serve new start-ups and when he found people in need of such venture, he got motivated too!

And this is what EngineerBabu do. They provide IT services to new start-ups at really affordable charges in no time. Not only this, Mayank has given amazing start-up ideas to people. Such as Ondoor, Just Ride, MotorBabu, and many more.

What soil is to a plant, a good working environment is to an employee.

About the working environment in his company, he says “As I was new in the field, I asked established people about their methods. Many suggested me to put CCTV cameras in office, to get people work for maximum hours, and stay away from emotional part of employees. Some even suggested me to keep salespeople away from the office people (app developers).” He then adds, “I did just opposite of what I was adviced.

We don’t have a camera above our heads in our office, and that creates a sense of trust and honesty among us. We focus on the quality of work and not quantity. And our team works under one roof, be the salesperson or the office person.” In short, adaption is the policy in EngineerBabu.”To make people sit in the office for hours is not our objective.

A person’s positive and stress-free mood brings effective outcome. And we make sure that our team is in the best of their mood.” He says “For a company to be as strong as a Banyan tree, the employees need to be converted and treated as the core team. Because when the branches become roots, the tree gets stronger.”

About the motive of his venture, he said “Technology is not the main focus of many businesses, but it plays a very crucial role in it. As services from companies like TCS is too costly, we help start-ups by providing fascinating yet affordable service regarding technology. We at EngineerBabu empowers start-ups.”

It is not walking but straying if you lack direction!

Work in Roots to get sweet fruits!

When asked about his work-place choice, he answered “It is easy in Indore to get technical people work at negotiable pays.Work culture not only attracts the skilled people but makes them stay because they actually like working here. Moreover, I belong from the place so the advantage of knowing your business area adds up.”

Till now, EngineerBabu has worked with over 300 start-ups, from which two has been selected for Viacom Network and many got investors too! They have worked with Samsung and have initiated brands like Ondoor, Maalgaadi, and Just Ride.

About mentors, he said, “Mentors should be the one with a selfless attitude towards you. There are three people in my life who have guided me through difficulties, Nemesh Singh (Founder, Appointy). He helped us to triple our revenue by guiding me time to time. Then there is Ritesh Malik who advised me on business tactics and methods. A.S. Murthy Vice President of Tech Mahindra is my another Guru who helped me in team building and generating leadership quality.

Legs are yours, but the shoes are gifted.

He believes that ‘Problem Solving Attitude’ is a chief robe to wear as an entrepreneur. To initiate a start-up which empowers other start-ups makes Mayank Pratap Singh An Indian Achiever. 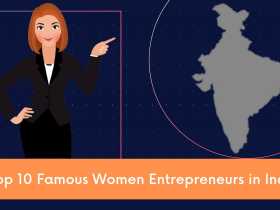