Swapna Barman clinched India’s first-ever heptathlon gold on Wednesday at Asian Games 2018 held at Jakarta, Indonesia. Swapna clinched the gold despite suffering a severe jaw injury. She competed with a tape on her right cheek to lessen pain arising out of teeth infection but never gave up.

Before Barman, only Bengal’s Soma Biswas and Karnataka’s J J Shobha and Pramila Aiyappa had returned with a medal from the Asian Games but none of them have won a gold.

Biswas and Shobha had finished two-three at both Busan Asian Games (2002) and the Doha Games (2006), while Pramila had won a bronze at the 2010 Guangzhou edition.

Eventually, the 21-year-old became the first Indian woman to win an Asian Games heptathlon gold medal. “I have got this gold on the National Sports day, so it’s really special” Swapna said with a smile. 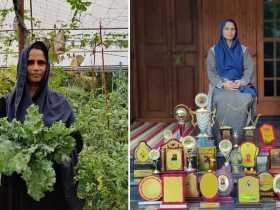