“Be somebody who makes everybody feel like a somebody”

Who Is That Person?

A powerful woman named, Pushpa Preeya. She is 31 years old from Bangaluru, Karnataka. She is basically a working woman in an IT firm, Target India in Bengaluru itself. On the other half, she is such kind person as described in her name “purity of flower with love from many people”; she holds the work of writing for disable people.

Belonging to the middle-class family from birth many complications took place in front of her but she never stops for chasing her goals. She is the perfect definition of a goddess, power with a pure heart. Her proud parents are Mr. Nagraj who has been unfortunately bed-ridden because of an accident and her mother, Mrs. Mallama who takes care of everything in the home.

Yes nowadays we generally hear such things about qualification but what if you have the qualification but no power to prove yourself. Pushpa Preeya is the one who faces many obstacles in front of her qualification period just because she belongs to the lower class family. She switches many institutes for completing her education.

But how can we forget she is the girl with kindness, anyhow she completed her higher studies from schools and move ahead for the diploma in computers. After this, she graduated with Bachelors of Arts. And these all proves Pushpa Preeya’s strength.

For What Pushpa Preeya is Known by all?

Apart from working for Nokia, Amazon and then Target India, she plays a role of scribes for many students. Just imagine you need another person’s hand for writing own exam. Writing exam is the second part, primarily you need to trust the person.

And she is one who won uncountable students’ hearts. Being a scribe, till now she transcribes 658 exams in her lifespan and more to come. From the day she decided to be a scribe, she had accomplished almost every type of exams held in India. she wrote exams of engineering, law, BCom, MCom, MSc, SSLC, PU, and many more which are uncountable.

What Makes Pushpa Preeya for being a scribe?

As she belongs to the lower class background once in her life, polio affected person pays the fees for her studies this inspires her to be a scribe. Pushpa Preeya’s childhood was very different from ours.

She recalls when she faced money problem in class 7th, being supported by the neighbor she completed her studies on that days.”Making people smile is the main motto of her life. She always lives the moment when she makes other people smile,” she said.

Pushpa Preeya admires her boss because she found him so innovative and proactive personality. After that, she adores her family who was always be there for her in each situation. Being as a project coordinator she also gets influenced by her team members.

She elaborated a story, Once she met with a child named Abhilash, 4 years old who was blind. His poor parents described their irony with her for the child’s operation and she helped them in each aspect she can and she became the “real hero” for Abhilash.

What About Being A Social Worker?

“WE HELP INDIA FOR THE DONORS”

Nothing is impossible for her.  She actively holds a community for the blood bank. This community helps in arranging blood for the needy. Even if its the rare blood group its easy for them to find the right person for donating blood at the right time via Facebook and WhatsApp.

Being a social worker, she helps many students come from the below poverty line. yes, it’s already mentioned for her in a newspaper that she is doing a “write” thing.

Achievements On Her Lucky Hands:

She is purely a God’s gift to the society. At last with her precious words:

There are so many things that one can do alone. You don’t need to wait for others. Lead and others will follow.” 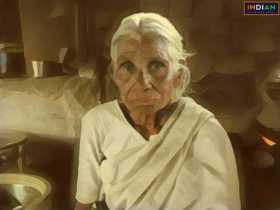