For any player, Sports requires hard work and dedication to achieve goals. To reach the pinnacle of the one has to give it all from crashing bones to bruising ones knees.

Today’s story is of a simple girl whose name is Juhi Jha. Juhi belongs to a one’s family of Indore Madhya Pradesh. She lives there with her mother, father and two brothers. Her father name is Subodh Jha who works of surveying, her mother name is Sudha Jha who is a housewife. She did her schoolings from government school Indore. Juhi was attracted to sports since childhood. She saw girls playing kho-kho for the first time in her school.

Since then she started playing kho-kho and her school teachers appreciated her which give a boost to her moral. She joined Happy wonder club nearby where she used to practice kho-kho daily. She then took admission in engineering college sports but she dropped the idea of engineering after watching her family’s financial conditions. But fate did not betray her ones and she selected for kho-kho India camp. She did not want to miss this opportunity.

“I always felt that my greatest asset was not my physical ability, it was my mental ability.”

Now she is an international kho-kho player and she completed her this journey with hard work. She is the only woman from Madhya Pradesh who get selected in kho-kho India team. Juhi’s elder brother Abhishek Jha is also national kho-kho player. Till date she had participated in 1 international, 2 India camp, 1 national test series and 25 national along with these she is an international gold medalist in kho-kho. In Asian championship she participated from India’s women kho-kho team.

Push yourself again and again. Don’t give an inch until the final buzzer sounds.

She is currently pursuing B.A from a college in Indore. Along with studies, she is also a sports teacher in a school in Indore. Juhi’s mentor is her mother and she because of her support only played for India team. Her mother fully her. Her dream is that she awarded with award and she also to work as a government employee for which she is working hard.

According to her, every person don’t think same because many people have told her that kho-kho is a very small game and there is no future in this game and she should play some other game. However, she always know that we can even break a whole mountain if work hard with passion and honesty and she had reached her destination.

Coronavirus disease: People are finding in new ways to stop the spread of the coronavirus. Whether it is quarantine, self-isolation or pipeline delivery in India.

Shweta Ratanpura became the first-ever woman candidate from India to win a medal at the World Skills. 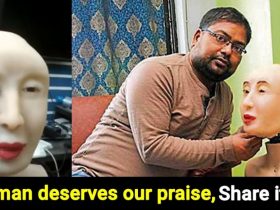 Srivastava, who has expertise in software development for more than 15 years, has developed the Hindi speaking robot.

Actor R Madhavan is a proud father as his son Vedaant has won silver for India in swimming at the Asian Age Group Swimming Championship.