People from across the world are taking the initiative to fight the corona virus. India is going through complete lockdown resulting in the downfall of stock market. Many people have lost their daily income, thus resulting in inability to buy food and basic amneties for themselves and their families.

In this situation of crisis many celebrities have come together to support these people.

Bollywood superstar Akshay Kumar has won people’s hearts by doing his bit to the nation. Bollywood Khiladi has reportedly donated a whopping Rs 25 crore to fight the COVID-19 outbreak.

The huge amount will go to Prime Minister NarendraModi’s PM-CARES fund to help the government in its fight against the coronavirus pandemic.

PM Modi had earlier on Saturday announced the creation of the Prime Minister’s Citizen Assistance and Relief in Emergency Situations Fund (PM-CARES) where people can contribute and help the government in the fight.

Akshay took to his Twitter handle to announce that safeguarding the lives of the people is of paramount importance right now.

He tweeted, “This is that time when all that matters is the lives of our people. And we need to do anything and everything it takes. I pledge to contribute Rs 25 crores from my savings to @narendramodiji’s PM-CARES Fund. Let’s save lives, Jaanhaitohjahaanhai. (sic).”

Just like how in his movies he saves the heroine and his people from villians, Rajnikanth once again proved that he is the real life hero of the nation by donating for the needy.SuperstarRajinikanth donated Rs 50 lakh to Film Employees Federation of South India to help workers who are losing their jobs due to the shutdown

The blockbuster actress once again proved that she is beautiful both inside and outside. Katrina Kaif took to twitter to announce her contribution in PM-CARES fund and Maharashtra Chief Minister’s Relief fund. The actress did not disclose the amount of her contribution. 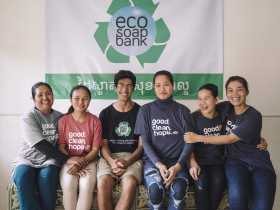